The Autonomous Future
of Naval Warfare

In 2018, Britain and other NATO member states agreed to collaborate on the development of unmanned maritime systems (UMS), in order to combat the continuing threat of mines, as well as an increasing threat posed by Russian submarines. Securing freedom of movement in the North Atlantic is top of the agenda for ensuring NATOs nuclear deterrent, and the introduction of more UMS vessels will assist in the deployment of sensors and communication equipment that can coordinate and distribute intelligence.

Unmanned surface vessels are significantly cheaper to run; they also offer a greater degree of persistence than manned capabilities, and greatly reduce the risks to human life in hazardous operations. They've traditionally been chosen for simple roles such as oceanographic surveying, but advanced UMS are now being developed for more complex and dangerous missions. The Royal Navy's NavyX initiative is intended to accelerate the introduction of UMS into the fleet, with Type 23 frigates demonstrating how UMS can be controlled from their integrated combat system.

Missions that used to be reserved for manned vessels, such as mine, surface and anti-submarine warfare will in future be carried out by USV, and the US Navy has already started rolling out new vessels with fully integrated UMS. Their latest class of aircraft carrier deploys nearly 700 fewer sailors than previous generations, and the Littoral Combat Ships USV fleet is capable of 48 hour persistence at speeds of up to 65km per hour. The US Navy is also working with MIT on developing technology for automated flight deck operations, which could further reduce the amount of manpower required.

Since 2014, the UK's Defence Science & Technology Laboratory (Dstl) has been working with developers L3Harris to explore innovative technologies for the Royal Navy, and to test new concepts for Autonomous Surface Vehicles (ASV). Their proprietary control system, known as MAST (Maritime Autonomy Surface Testbed) successfully launched its latest model in September 2019, the MAST 13, a high-speed system with fully autonomous navigation. Various preceding MAST systems have already carried out several high-profile operations in the UK, Australia and Portugal, referred to as the Unmanned or Autonomous Warrior. In these operations, a high-speed ASV functioned autonomously and beyond human line-of-sight, performing patrol, interdiction and reconnaissance tasks.

ASV must address a number of hazards before USV will be fully viable, with similar challenges to those which face unmanned ground or aerial vehicles. These include navigating busy shipping lanes, crowded harbours and the open sea, where USV will have the additional hazards of bad weather, other ships, and random hazards, both above and below the water. All unmanned systems must also abide by all requisite policies and regulations, such as the International Maritime Organisation’s collision regulations (COLREGs) which govern maritime behaviour, even though some humans are known to disregard them.

Compliance with such rules will require advanced autonomous technology, which will also be paramount in USV persistence on missions. UMS must be able to sense and avoid not only obstacles, but also hostile forces. This requires greater technological complexity, as well as raising the question of whether USV could or should be armed. At the moment, USV missile capacity is still remotely controlled, and there must naturally be some reluctance to relinquish such capacity to an entirely autonomous automated system.

Intelligent Ship – The Next Generation

In June 2019, the Dstl ran a competition designed to encourage innovative new technologies for the Navy. It's hoped that the competition results may reveal the future direction of naval warfare, and in particular its autonomous future. In all likelihood, this will be an unmanned ship or collection of ships built around artificial intelligence (AI), connectivity and machine learning. With a million pounds on offer and the potential of a further three million down the road, the "Intelligent Ship – The Next Generation" competition invited proposals addressing the challenges posed by today's technology and approach to automation.

While advanced radar, stealth technology and lasers are likely to play their part, the key challenge is how to modernise the whole naval architecture to make it more intelligent and data-driven. Navies all around the world are changing their strategy and tactics in this direction, with a notable move away from a limited number of exquisite platforms towards multiple smaller and less costly bases connected to a mother-ship. Larger vessels such as the Type 26 frigates would act as central data processors, collecting and collating a vast stream of data from both manned and unmanned sources. Big data management and analysis would then furnish sailors with the intelligence required to react more quickly and effectively to reported threats.

Data sources will have to include massive inputs from ships' sensors, combined with government information output and many more streams of open-source data. Given such enormous resources, AI should be able to contextualise all this input, and feed coherent results to decision-makers so that they can respond more accurately, more rapidly and more often. The current thinking is that all these multiple data points will be pulled into some form of comprehensible stream, creating an eventual information fusion. Automation systems should be able to pool data and resources, in a central AI processor that allows the various individual sensory systems to complement each other.

Humans must also be able to interpret the information being processed, otherwise it has no value. A viable Human Machine Interface (HMI) must render the information easily accessible to human comprehension and response, so it needs to be easy to apply and functional. Since human beings are still inherently sceptical about the trustworthiness of machine learning, there must be some obvious division of labour so that people do not try to replicate the machine's analyses. While advances in quantum computing may eventually give AI the capability to achieve a more human-like holistic reasoning, humans at present still dictate the parameters on which linear AI computing will work, and will need to take on new skills for HMI to function effectively.

The Royal Navy is undergoing modernisation, and it's clear that UMS and ASV are going to feature largely in its future. Technological development becomes exponentially more rapid as time goes on, and some serious consideration must be given as to how more automation will affect staff, operations and tactical planning. 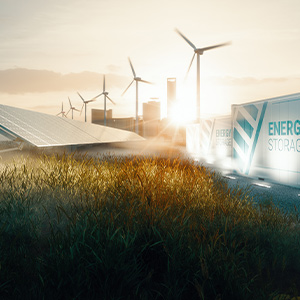 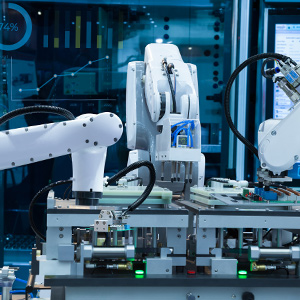 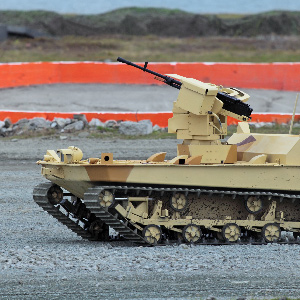