Liquid Air Energy Storage: Is It The Future?

Liquid air energy storage (LAES) is in the news again, as one of the first large-scale commercial plants in the UK has recently been announced. The new 50MW storage facility will become one of the biggest battery storage systems in Europe, with a minimum projected output of 250MWh. This is enough to power 50,000 homes for five hours, and can be easily scaled up.

Electricity is stored in bulk mainly to accommodate fluctuations in supply and demand. These arise out of changes in the requirements of consumers, power plants or the national grid. Stored power can be discharged to meet peaks in demand from power plants, and is currently available using the pumped hydro storage system (PHS) or the compressed air energy storage system (CAES).

PHS is relatively (up to 80%) efficient, but requires a lot of water storage space and has a significant environmental footprint. CAES requires a large underground cavern to store a high volume of compressed air, and is typically only half as efficient (about 40%) in producing electricity as PHS. Compressing air until it is liquid, as in the proposed LAES or cryogenic battery, can provide energy efficiencies of between 25% and 70%.

In order to increase its efficiency, the Highview Power system can harness excess heat that would normally be vented during the cryogenic compression process. Its efficiency is further increased if the plant is located close to its energy source. This reduces the heat and electricity lost during transmission. It is not, however, a prerequisite, since the system is self-contained and can be located anywhere.

The thermodynamic cycle of a LAES plant can also interface with other thermal processes situated in close proximity. This could mean that waste thermal energy from industrial applications, peak plants (usually gas-powered) and LNG regasification plants could also be channelled to achieve greater efficiencies.

The new LAES plant to be built by Highview Power takes a big step towards decreasing the UK's carbon emissions. The surplus electricity generated by renewable energy sources will be used to compress air to the point where its carbon dioxide content and water vapour separates out. This leaves a greater concentration of nitrogen gas, which is then passed through a refrigeration unit and cooled down to a temperature at which the gas becomes liquid.

Nitrogen comprises 78% of air content, and the gas liquefies at -196°C (-320°F). At this point it can be stored in tanks, or what Highview call CRYObatteries. When there is a peak demand for electricity, the liquid nitrogen is expanded back to a gas (at 700% of its liquid volume), using a cryogenic pump and heat exchanger. The velocity of the expanding air then drives a turbine (without combustion) to make the electricity.

Liquid nitrogen is already used in many industrial processes and can be easily transported and stored at ordinary atmospheric pressure. The setup is very similar to that of a refrigerator, which means that the individual components for the treatment of gases are already available and can be purchased quite cheaply. The tanks themselves are relatively low cost, and their number can be scaled up to increase the storage capacity and MWh output. The CRYObatteries are compact in size and offer large amounts of long term energy storage. Plus, they're not geographically dependent on caves or reservoirs, and don't demand the mining of rare minerals.

More green selling points for the LAES system are that it doesn't cost a lot to run and it's very low maintenance, with a life expectancy of 30-40 years if properly looked after. Like any standard battery plant, the LAES system comprises a number of CRYObattery blocks, which each consist of a charging and discharging station, with storage in between. As a real operational advantage, CRYObatteries can be charging and discharging simultaneously, so they provide both system services and storage at the same time.

With lithium-ion (or Li-ion) batteries, such as those used by Tesla technologies, they can only discharge power after they've been charged. There is no cost saving in scaling up, since doubling the storage capacity would double the cost, as well as the size of the plant. In the case of LAES additional tanks, a larger turbine and generator would increase costs by only 40%, and expansion is therefore more cost-effective.

The power output of Li-ion batteries is also substantially less than that which could be achieved with LAES. While Tesla's flagship Hornsdale Power Reserve in Australia has a storage capacity of 100MW, it provides only 129MWh of electricity compared to the 500MWh that could potentially be produced by LAES. The Megapack system is designed to cover short-term contingencies produced by unusual demand on the grid, and can’t yet provide sufficient power to compete with peaking plants. LAES, however, is able to provide the synchronous inertia and reactive power required to keep the grid operational.

Li-ion battery prices have continued to drop since their invention, and they now cost about 80% less than at the beginning of this decade. Prices are expected to fall much further in the next decade, perhaps by as much as 40% by 2022/23.

Despite the present market domination of Li-ion battery technology, their main problem is that they don't last long enough. Tesla's battery solutions are very convenient, easily scaleable and offer ready-assembled quick installation. The downside is that they require a greater amount of storage space to produce the same amount of power. With typical output duration of only four to eight hours, large-scale enterprises require the installation of huge numbers of batteries, or megapacks, to supply sufficient energy storage for continued operation. The liquid air energy storage system is capable of scaling up to gigawatts of storage, which would provide days or weeks' worth of storage – and could supply a whole city. 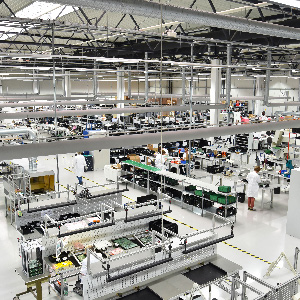 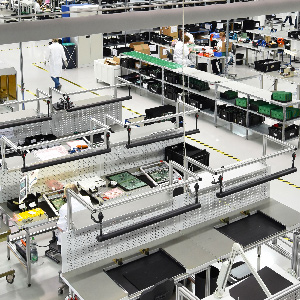 
Get More From Rowse Straight To Your Inbox