Find Out About Our Christmas Opening Hours Here


To find parts, simply enter the part Number above and our system will find the products you require.

Eldon is a privately owned enclosures manufacturer from Madrid, Spain. Eldon has built a reputation for high-quality standard and customised enclosure solutions for industrial and building markets.

Eldon produces enclosures in many European factories and a plant in Umbergaon, India. Along with many factories, Eldon has six distribution centres and is present in 45 countries around the world.

Eldon was started in 1922 in Nässjö, Sweden. Initially, the company was called Elekto Ljus & Kraft and later changed to AB Eldon-Verken in 1948.

1963 saw Eldon make its first acquisition, Elektriska Osterman AB, was the biggest competitor and Eldon later merged the businesses to create Eldon AB. In 1967, Eldon started to expand abroad, by opening offices in several European Countries. The first was the United Kingdom and Belgium.

The Dutch subsidiary was inaugurated in 1970 in the north of the Netherlands, in Drachten.

1999 saw Eldon AB being sold to EQT Partners. In 2006 the new management team acquired the majority shareholding from EQT. The company has remained the same since.

Eldon has kept to its roots by continuing to manufacture electrical enclosures. Eldon has developed a vast range of simple enclosures which comply with standards and with a level of quality, unlike their competitors.

How Rowse Can Help You With Eldon

At Rowse, we have been stocking and Eldon enclosures for many years. Our team has a vast knowledge of the product and all the accessories that come with them. Our team regularly are keeping up with the developments made by Eldon and are always recommending the optimal enclosure for your project.

Our team can help you identify the correct part you need to complete your project. Along with supplying the product, we can also provide you with expert advice into design and machine safety.

If you are looking for a part or are interested in our services, please do contact one of our team, and we will help you through your project.

Available on Our Websites 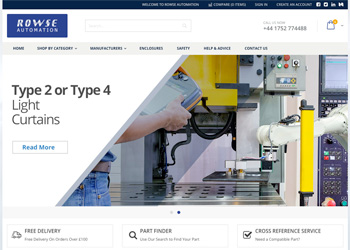 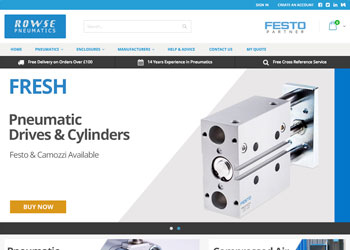