As an authorised distributor of ABB products and safety items, we at Rowse have seen and installed many systems that use light curtains. While these are now quite widely used, there still seem to be several misconceptions about how light curtains are supposed to function. We have therefore reviewed a selection of the common problems encountered with light curtain applications, and list below the top ten most frequent issues.

1. Too close to the safety hazard

The basic requirement for a safety light curtain circuit is that it must halt the hazardous process before anyone can reach it. The best method of checking whether a light curtain is effective is to monitor the stop times via a video feed. On many systems, we find that the hazard does not halt quickly enough to prevent a safety threat. In order to remedy this situation, we typically recommend several solutions. These include simply moving the light curtain to a safer distance, and/or implementing minor changes to the drives and controls.

2. Inconsistent halting of the safety hazard

This example of the top ten most common issues with light curtains is most frequently found in pneumatic systems. Calculating the right stop distance for a light curtain can be difficult, if the worst case scenario stop time can't be pinned down. Pneumatic systems are subject to problems with trapped air, but issues can also arise from a totally vented cylinder; for example, causing a quick initial movement.

A safety light curtain won’t be able to protect your workers if the guards surrounding the unit have openings that allow them to reach under or around it. Any potential gap in protection may tempt people to do things that they shouldn’t be doing!

Those few occasions when we find machines with a light curtain that allows people to crawl under it are quite shocking. If a light curtain is more than a metre off the floor, then it tempts workers to duck underneath it, which obviously defeats the purpose. People are always subject to temptation, and where safety is important temptation should not be offered. In order to avoid this problem in the top ten most common light curtain issues, the bottom beam should be no more than 12” (300mm) off the floor, unless it is otherwise guarded.

Another common issue is that light curtain designers sometimes set a light beam that’s too low, allowing people to reach over it. The light curtain needs to be high enough to cover the whole height of the hazard, and for this reason it’s best to refer to ISO 13855 which governs the required distances. Table 1 and Figure 8 of this Standard give the reach-over distances that need to be included in the calculation of light curtain distances, based on the height of the safety hazard and the required top beam height.

6. Not all hazardous movements are controlled

Some designs are inadequately controlled, with a strong focus on the main hazard which then neglects protection for the other hazards associated with the unit. For example, we once examined a leak tester with a safety control for the main hydraulics, but no safety containment for its small individual pneumatic items. While these pneumatics might not have caused as severe an injury as that from a hydraulic platen, they were nonetheless listed on the risk assessment as severe injury items, and should have had the designer's attention.

7. Wiring up to a non-safety controller

At Rowse, it’s not just the physical installation of a light curtain that we examine, but also the circuit design. It's surprising how often we come across a design that uses all the right components for a safety system, only to wire the whole unit through a non-safety controller. Many modern light curtains, however, are designed with a self-contained safety circuit, so the unit can be wired directly to the relevant relays and/or application, provided the built-in EDM circuit is used.

Muting describes the temporary automatic suspension of a safety light curtain to allow the passage of discrete items. It must turn on automatically when specifically situated sensors detect that item, and automatically turn off when the item has passed. The muting sensors therefore need to be situated both in front of, and behind the light curtain, so that they will effectively detect the coming and going of that item (and only that item). The muting circuit for the light curtain must also be appropriately configured for the discrete item's transition speed, so that the curtain doesn't remain in a deactivated state. If it's muted for too long, the curtain will allow access to the safety hazard and obviate its purpose. It sounds easy, but configuring a muting circuit appropriately can be tricky.

Older light curtains such as those found on legacy equipment or refurbished machines, are of a Type 2 design, and one of the top ten most common light curtain issues we have found is that people have installed Type 2 on a more modern machine when they should have installed Type 4. Almost all today's safety light curtain applications are of a Type 4 design, but Type 2 applications do still exist, such as secondary presence detection required to prevent an inadvertent reset.

Some industrial machinery is prone to throwing out flying debris. CNC machines, grinders and other machine tools are likely to eject swarf, broken bits of tools, or sometimes even the whole workpiece. We have occasionally been asked about using a safety light curtain in these situations so as to reduce cycle time, but a light curtain is simply not appropriate in these instances. Any inspection of a facility with machine tools will show damage from materials ejected at high velocity, on viewing windows, doors and interior surfaces of the machines. Installation of a light curtain in these conditions would certainly not be sufficient to contain the problem. 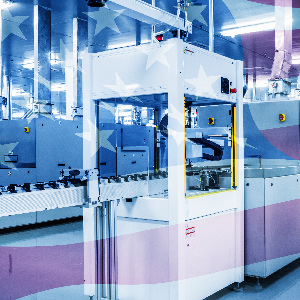 Exporting Machinery To The USA 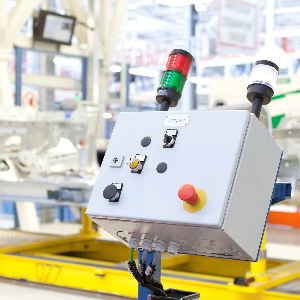